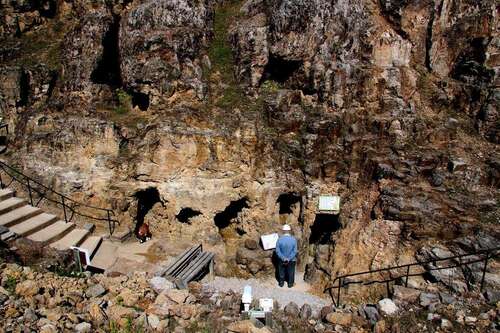 Uncovered in 1987 during a scheme to landscape an area of the Great Orme, the copper mines discoveredrepresent one of the most astounding archaeological discoveries of recent times.

Dating back 4,000 years to the Bronze Age they change our views about the ancient people of Britain and their civilized and structured society 2,000 years before the Roman invasion.

Over the past 28 years mining engineers, cavers and archaeologists have been slowly uncovering more tunnels and large areas of the surface landscape to reveal what is now thought to be the largest prehistoric mine, so far discovered in the world. 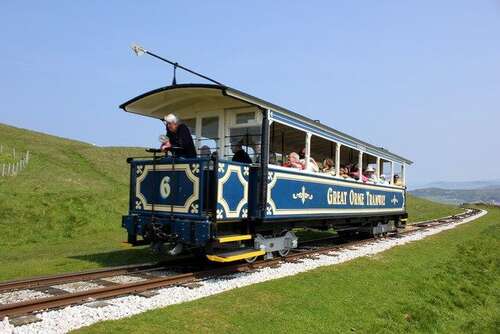 The Great Orme Tramway is Britain’s only cable-hauled public road tramway and has been delighting visitors from near and far since it opened on July 31st 1902.

The Tramway climbs a mile (1500m) high up the Great Orme Country Park and Nature Reserve with the unique journey beginning at Victoria Station then climbing to the Halfway Station exhibition, where you can discover the history of the fascinating funicular and view the Victoria engineering.

Change trams at the Halfway Station and continue your journey to the Summit where the views are breath-taking!

On a clear day, it’s possible to see as far as the Isle of Man, Blackpool and the Lake District!

The tramcars have been lovingly restored over the years and you will be re-living the experience of travel more than 100 years ago in the original tramcars, each named after a Saint.

Conwy castle is amongst the finest surviving medieval fortifications in Britain. In a word, exceptional. You can’t fault it, from the grandeur of its high towers and curtain walls to its excellent state of preservation.

Two barbicans (fortified gateways), eight massive towers and a great bow-shaped hall all sit within its distinctive elongated shape, due in part to the narrow rocky outcrop on which the castle stands.

You won’t find Edward’s concentric walls within walls’ here. They weren’t needed. The rock base was enough security in itself.Some say it is the most magnificent of Edward I’s Welsh fortresses.

To get the full picture, head for the battlements. Breathtaking views across mountains and sea.If the outside impresses (and it will), wait until you go in.

With an outer ward containing a great hall, chambers and kitchen, and a more secluded inner ward with private chambers and a royal chapel, it is very easy to imagine how Conwy functioned when the royal entourage were in town. 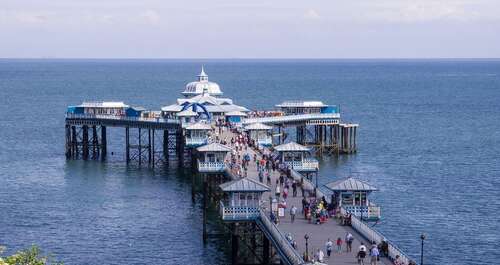 A visit to Llandudno is not complete without a walk on the magnificent victorian pier, which is constructed of wrought iron lattice girders resting on cast iron columns, and finished with a traditional wooden decking.

Relax, and enjoy the leisurely pace as you explore our friendly shops and stalls.  Take a stroll and enjoy the beautiful views of Llandudno and the Irish Sea.

We are only a 2 minute walk from Venue Cymru, which is North Wales’ premier theatre and conference centre.

Formerly known as the Aberconwy Centre and the North Wales Theatre and Conference Centre, it is now a large arts, conference and events venue. Venue Cymru has a theatre, conference centre, and arena.

Happy Valley is the oldest public park in the Conwy region. It stands in a sheltered fold of the land on the eastern slopes of the Great Orme, above Llandudno.

The site was originally a quarry, but in 1887 Lord Mostyn donated the site to the town of Llandudno to celebrate Queen Victoria’s Golden Jubilee.

The quarry was landscaped and planted with a lovely selection of specimen trees, and opened to the public as a recreational area.

To mark the opening of the park a large and ornate drinking fountain was erected in the park, decorated with a sculpture of the queen.

Just beyond the memorial fountain is a druidic stone circle built in 1962 when Llandudno hosted the National Eisteddfod, a celebration of Welsh culture and heritage.

Another, much older, attraction is a camera obscura, built in 1890 and recently restored. The camera obscura offers panoramic views over Great Orme and the surrounding area. Nearby runs the aerial cable car, at over a mile between top and bottom this is the longest gondola lift in the country.

The gardens are beautifully landscaped, and an excellent example of a mainly Victorian public park. Near the shore is an informal garden area with a refreshment pavilion and entertainment centre. At the top is a popular ski centre and toboggan run, while further up the hillside just outside the park, is an Iron Age hillfort.

Any cookies that may not be particularly necessary for the website to function and is used specifically to collect user personal data via analytics, ads, other embedded contents are termed as non-necessary cookies. It is mandatory to procure user consent prior to running these cookies on your website.